Scene on the Scene, the new album from Jared Hall is out now on Origin Records! Take a listen below and support the album through BandCamp:

I’ll be joining Jared Hall on Friday, September 24, at SOMA Towers in Bellevue for the CD Release show!

Just wrapped a project composing music for the 2021 Crosscut Festival which was streamed online and later broadcast on KCTS9 in Seattle.

Here is a snippet from the May 13, 2021 broadcast where four of my music cues aired back-to-back … including a spot for support of Public Broadcasting which I brought together many of the KCTS9 themes I have been working with over the past couple years.

Tattooed by Passion available on BandCamp

Continuing to add my discography to my BandLab page … check out the digital release of Tattooed by Passion complete with PDF booklet!

I’ve been going back and publishing my old catalog of music to my Bandcamp page. This one went live today … a classic organ trio session with Christian Eckert and Gary Versace. 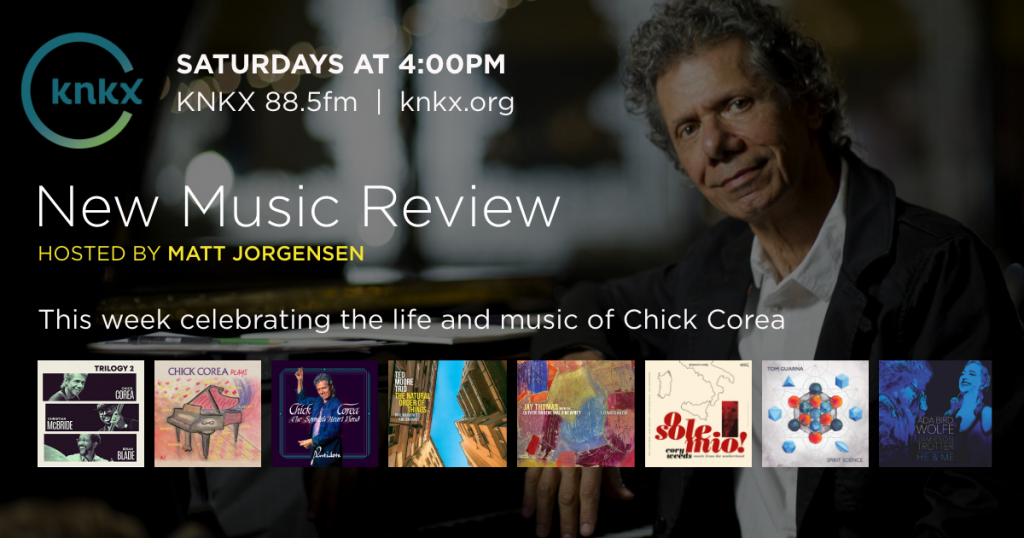 Some people have asked me to listen to the New Music Review tribute to jazz piano legend Chick Corea. Below you’ll find the MP3 of the episode.

Excited to continue my adventure into radio. Starting Saturday, January 9th, I’ll be hosting a weekly radio show on KNKX 88.5fm called New Music Review. Each week I’ll be showcasing new releases in the world of jazz. You can listen in the Greater Seattle Area on 88.5fm or tune in online at http://knkx.org. 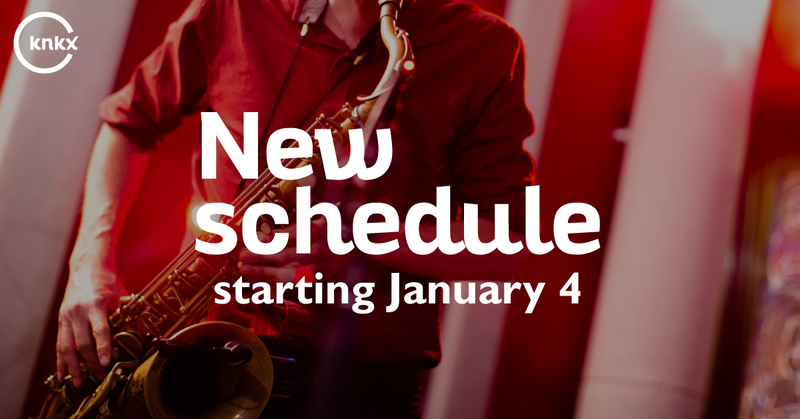 From the KNKX press release: Following Grooveyard we’ll present New Music Review  with Matt Jorgensen, from 4 to 5. Matt is active in all aspects of the Seattle jazz scene; he recorded four records with his group Matt Jorgensen +451 for Origin Records, he founded and is co-Artistic Director of the Ballard Jazz Festival, and produces jazz concerts in association with Bumbershoot and others. KNKX listeners will know Matt’s voice as the host of the Origin Records Holiday Specials. New Music Review will highlight selections from new album releases from a variety of styles.

Had the pleasure of again working with director Mike DeVore on his animated series, “Max and Friends.” The series has been brought over to the app Rizzle and the first 12 episodes will appear in the coming weeks. I always have a blast working on animation so looking forward to more projects with Mike and the team! 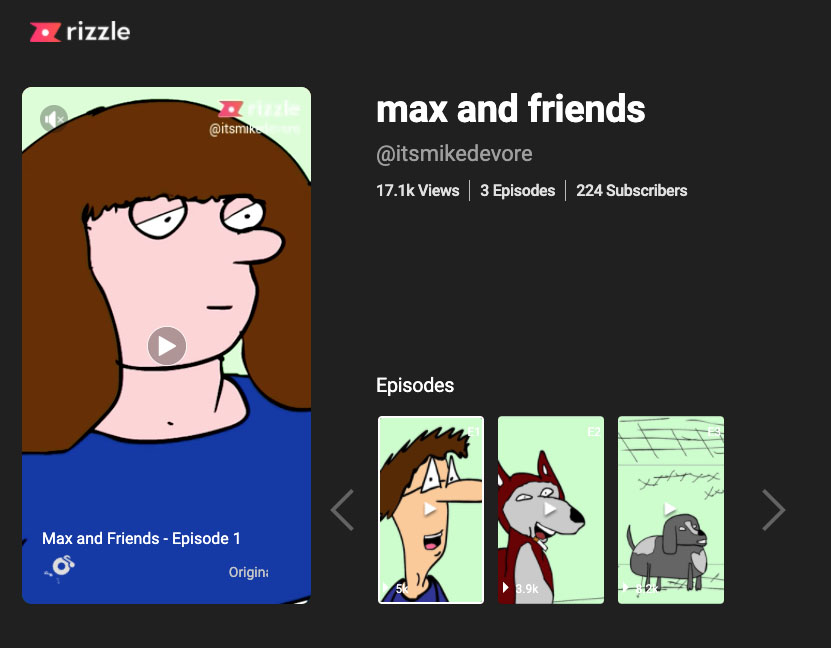 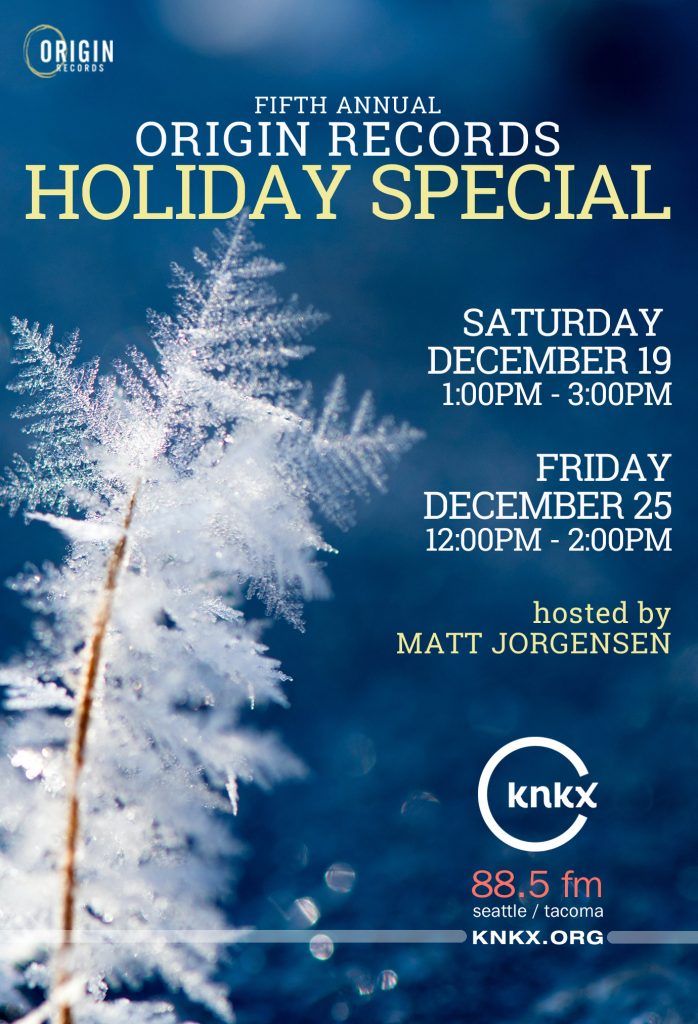 Once again I’ll be hosting the Origin Records Holiday Special on 88.5fm KNKX. Tune in to listen to two hours of jazz renditions of holiday classics as well some a sprinkling of seasonally appropriate originals!

You can listen in the Greater Seattle area on 88.5fm, or listen globally at knkx.org.

Listen to the promo:

Had the pleasure of writing some Holiday music for KCTS9 here in Seattle.

Currently airing Hanukkah and Christmas spots … with a Kwanzaa spot coming later in the month!

Music for Max and Friends

I had the pleasure of working with comedian Mike Devore on a couple of projects. We met working on Silas Lindenstein’s short film Sip and Style, then I helped him with some sound editing and additional music on his animated short The Greatest Battle. I was asked to do music for episode 5 of his animated series Max and Friends which was an absolute blast.

I feel fortunate to work with a great group of creatives here in Seattle. There will be more Max and Friends news in the future … until then, check out episode 5! 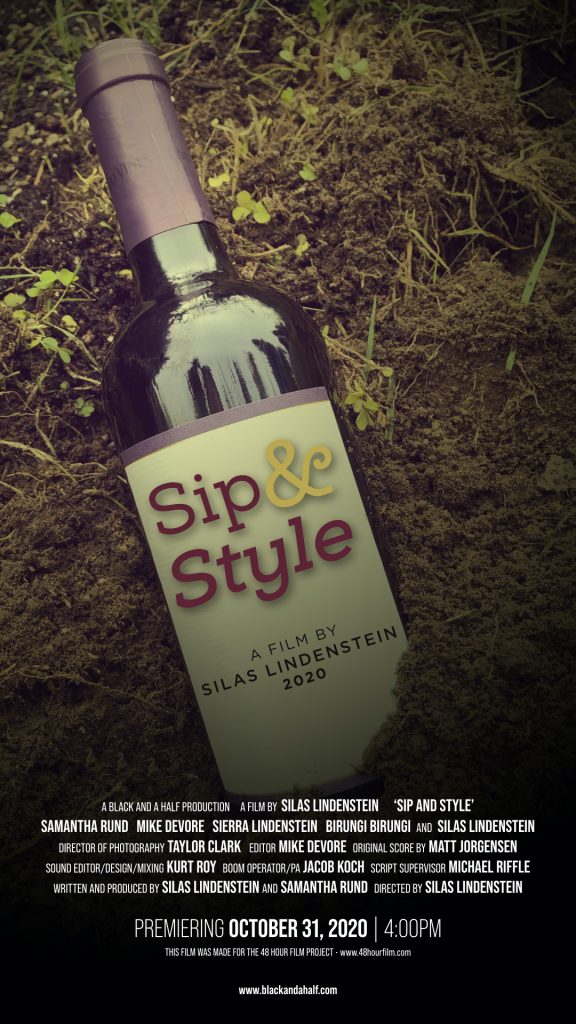 Finished another short film with director Silas Lindenstein. Sip and Style was shot over a weekend in early October as part of the Seattle 48-Hour Film Fest and will debut on Saturday, October 31 at 4:00pm.

You can buy a ticket here. 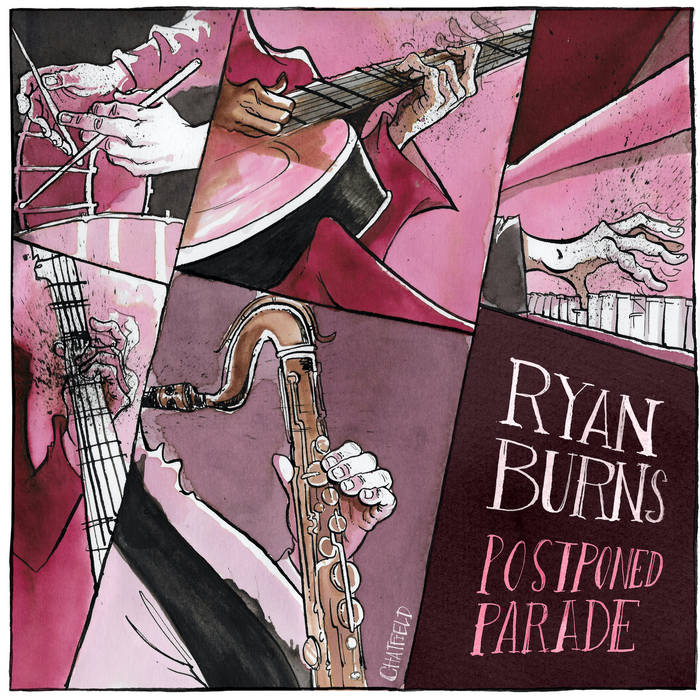 While on lockdown … my good friend (and MJ451 keyboardist) Ryan Burns wrote and recorded a new album which is available now in digital, CD or vinyl formats!

I had the pleasure of performing on three tracks (I also mixed one track). All the music, except one track, was recorded at home. For the track Shoreline we went to Jack Straw Studios and did a socially-distant session.

Thrilled to have again composed music for KCTS9 Seattle … this time the project was to revamp their station identity theme based on their new visual branding. The new package of music began airing in September 2020. 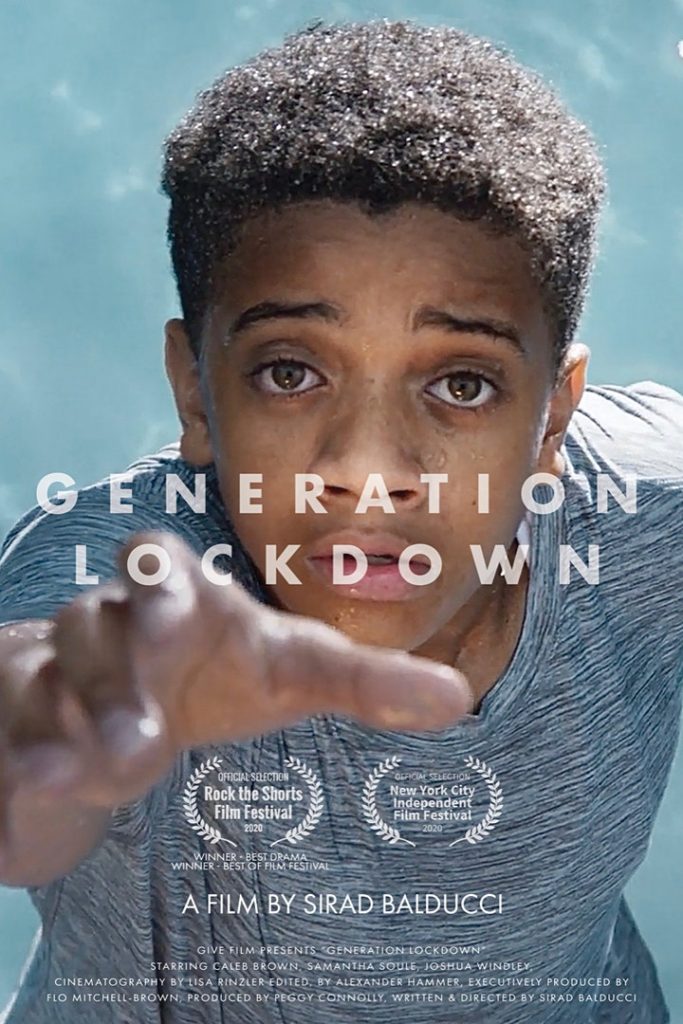 Live stream from my patio

Update: Fun patio concert … click the “Watch Now” button below to watch an archive of the show.

The MOTOTREK crew has slowed started up production and two new episodes premiered this month. I had a chance to write a couple of cool opening tracks:

KNKX 88.5fm captured this performance with the Lage Lund Trio at the 2019 Ballard Jazz Festival. 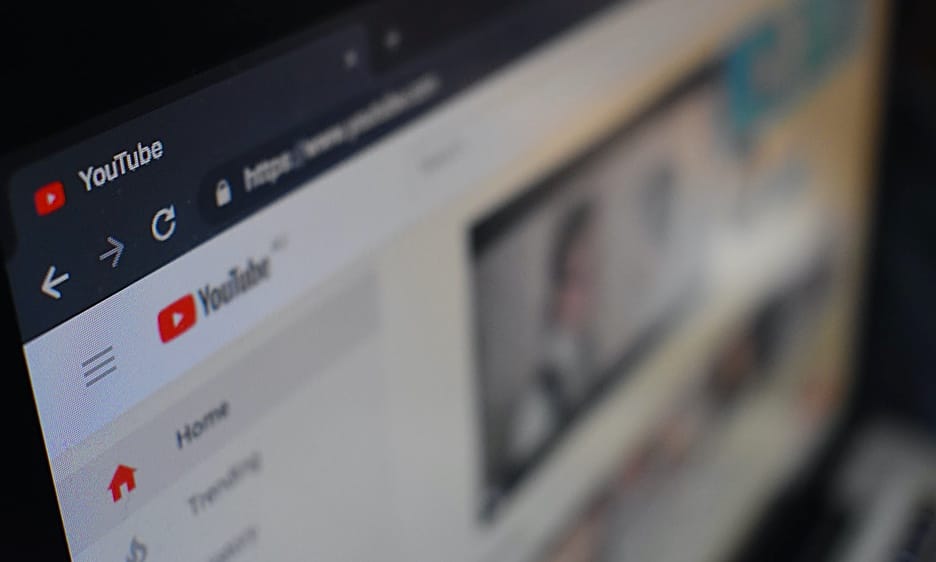 A couple weeks ago I authored The Origin Records Guide to Online Streaming and Best Practices. It has now been picked up as an article on All About Jazz.com.

With the Coronavirus upending our lives over the last couple months, finding ways to replace lost income has become vital to many of us—not to mention connection to community and just the act of MAKING MUSIC.

With Seattle being an original hot spot for the virus, our community had to move fast in finding ways to stay connected. As a Seattle drummer and record label partner, the need to create concepts and protocols seemed urgent, so I put together a basic tutorial to present a live stream concert.

From the most simplistic set-up, to multi-camera shoots with studio quality sound, musicians are moving quickly to find their voice in this situation. For all of those and others looking to get started, this tutorial provides some basic tips and strategies that can get you started or act as a reminder for some easily overlooked basics.

Read The Article on AllAboutJazz.com >

Excited to announce that KUOW’s new daily podcast, Seattle Now, is now available on all major podcasting platforms … I wrote the theme music as well as the outro music and stingers.

Seattle Now is a daily rundown of what’s happening in the Northwest in about 15 minutes. It is available every weekday at 6:00am.

Hello all … just a few updates on recent activities.

December 2019 was a jam-packed month of composing. I delivered another music package to KCTS9 in Seattle for all of their Holiday promos. It was a fun way to get into the holiday spirit.

I wrapped the score for a short film entitled Remembering Max (directed by Jason McRuer) which is starting the film festival submission world this month.

Wore multiple hats on the film Generation Lockdown (directed by Sirad Balducci). Working with my longtime friend and composer Jeff McSpadden, I did the orchestrations, handled the recording of live strings in Seattle and did a bit of additional composing. Again, this film is in the mix for up-coming film festivals so more info to come.

Composed music for corporate film for South Puget Sound 911 which was directed by my good friend Tim Tyler … and speaking of Tim Tyler, his MOTOTREK show continues to roll along (pun intended) with over 70 episodes and more scheduled for this year. Always a pleasure to score it … and it has now been viewed over 10 million times which blows my mind.

This month I was able to spend a few days in Los Angeles taking a couple meetings, enjoying the sunshine, and spending a day at NAMM … one day was enough for me!

Coming up in 2020 … have a couple jazz gigs as a bandleader coming up. Continuing to score a couple of short documentary projects, new music KCTS9 and just completed some music for a, as of now, yet-to-be-announced radio show.

Stay tuned for announcements in the coming weeks!