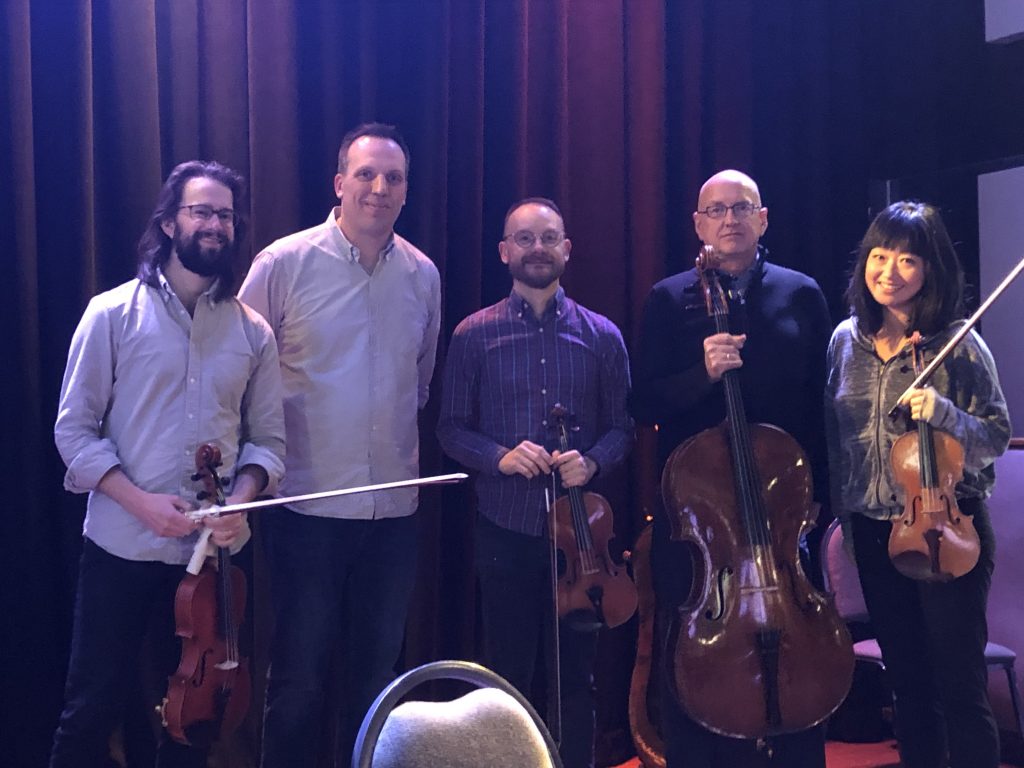 Had my first chance to record at the *new* Studio X this week. I did some orchestrations and conducted some cues for an upcoming short film working with my longtime friend Jeff McSpadden. First time working with David Sabee and his team from Seattle Music … and always great to work with Reed Ruddy and Andrew Ching from Studio X! 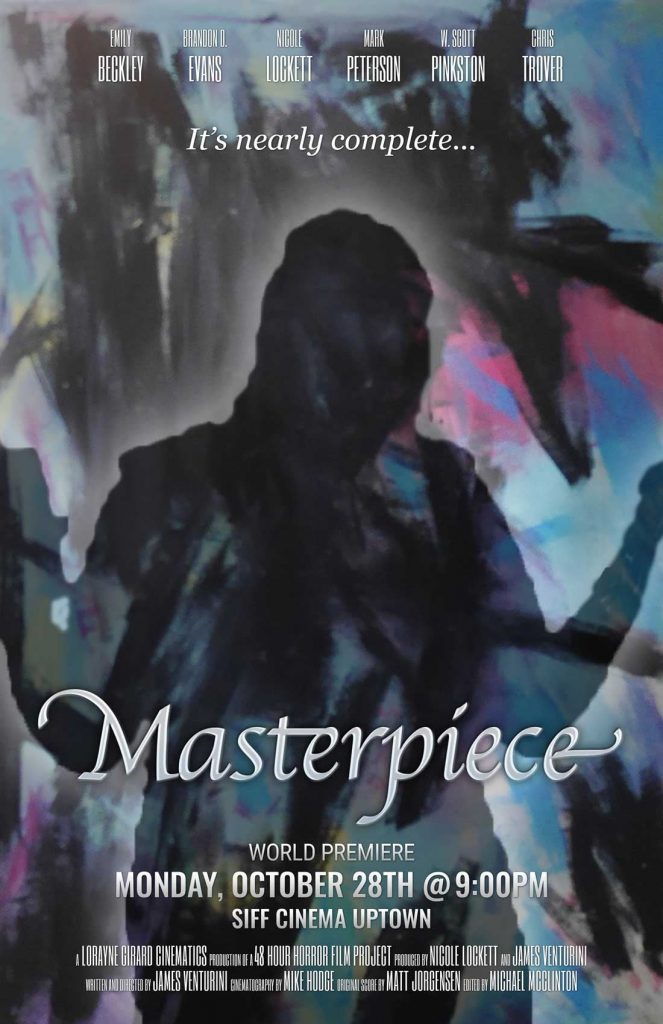 Had a fun time working on the score with the team from Lorayne Girard Cinematics for their film “Masterpiece” which was part of the Seattle 48 Hour Horror Film project.

The film screened at the SIFF Cinema Uptown on October 28th and again for the finals on November 6.

If you tune in to KCTS9 in the Pacific Northwest you might catch the promos for Ken Burns’ new documentary “Country Music.” The two spots currently airing feature my original music which was part of a new promo package of underscore music and station ID themes.

I had the pleasure of screening a few scenes from the film in July and I’m looking forward to watching all the episodes beginning September 15th!

Music for KCTS9 in support of Ken Burns’ “Country Music” 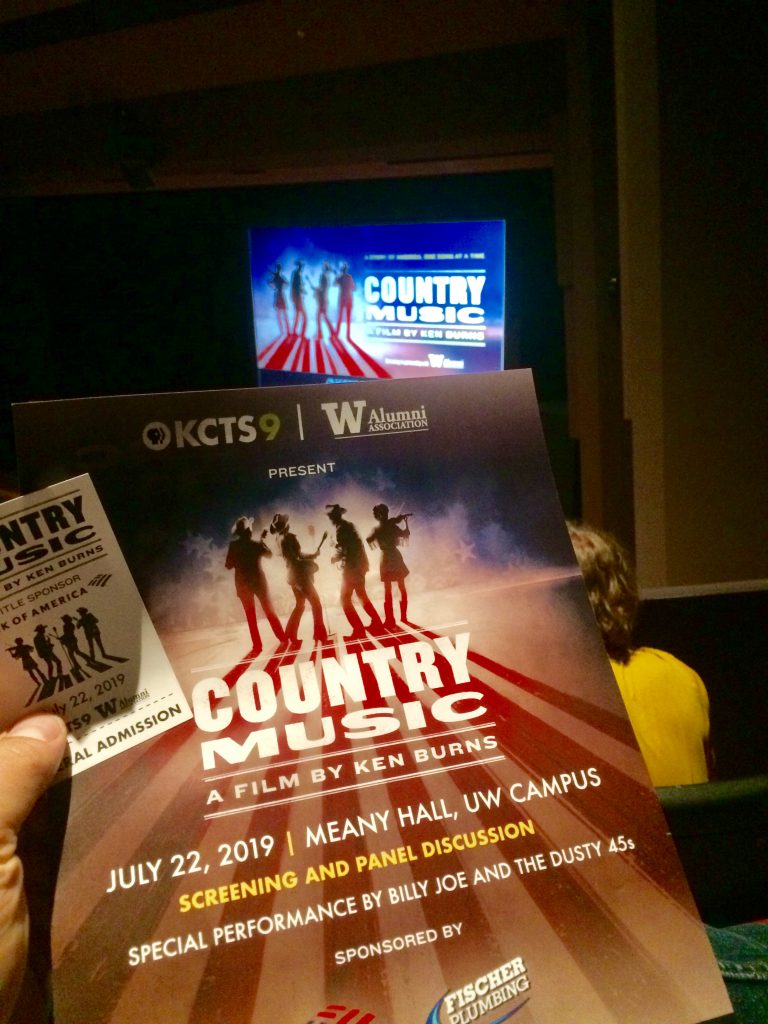 In July I was able to attend a screening of excerpts from Ken Burns’ new documentary Country Music which will air in September.

I again had the opportunity to work with KCTS9 to compose music for some of the promotional spots and local short-stories which will air in the Seattle-area in conjunction with the broadcast of Country Music. Look for them to start airing in the next few weeks on KCTS9. 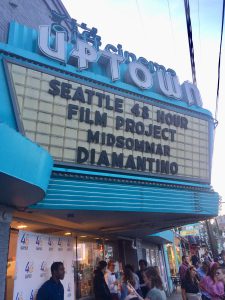 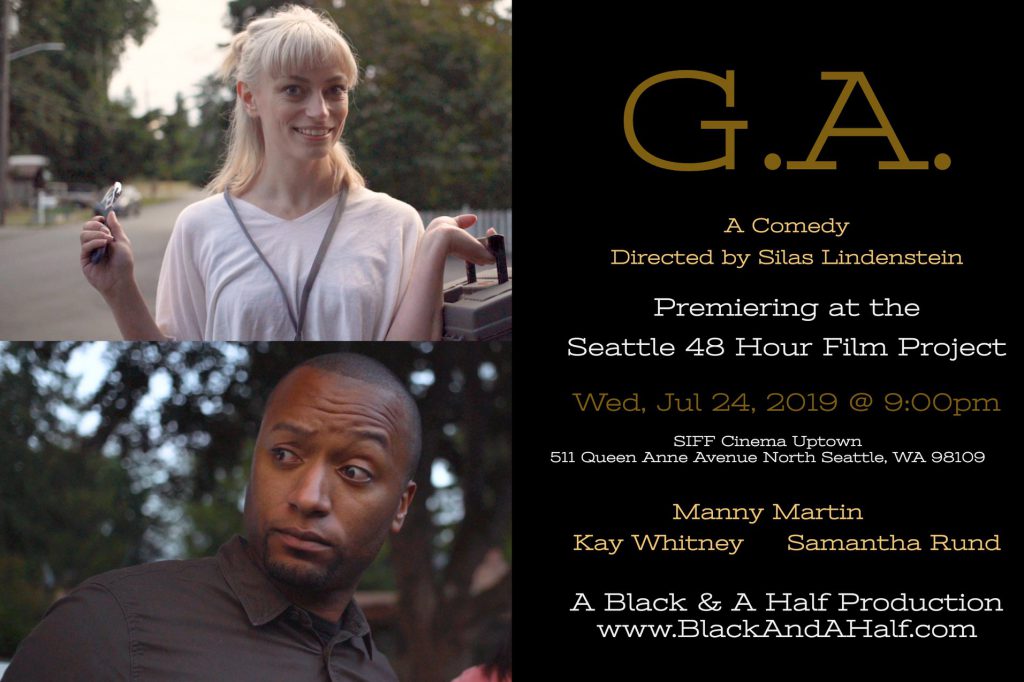 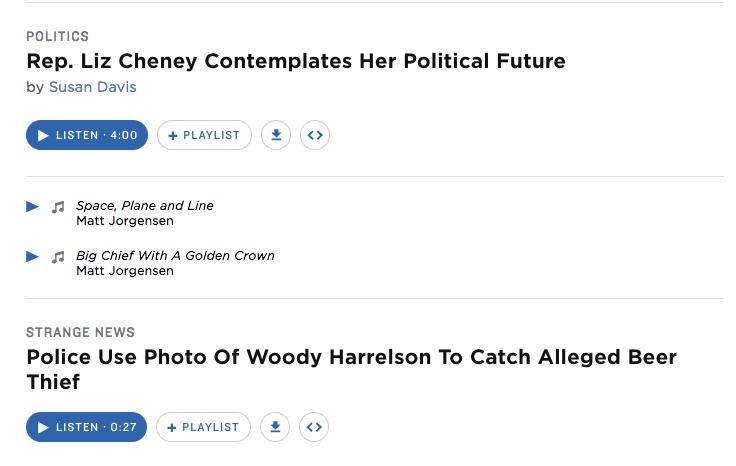 Dropped off my kid at school this morning then turned on NPR’s Morning Edition and heard one of my tunes from the Tattooed By Passion album.

Morning Edition has been incredibly supportive of my music over the years and I’m always honored when use it … not to mention surprised when I actually hear it live!

Worked with director Boone Sommerfeld on this fun commercial for Seattle’s Goodwill Earth Day 2019 campaign. This track was recorded at my studio with Jon Hamar on bass and Hans Teuber on flute.

I recently composed music for a mini-documentary for the King County Bar Association documenting their work with the Housing Justice Project. “Protecting Families from Homelessness” aired during their annual “Breakfast with Champions” fundraiser which featured a keynote speech by former Attorney General Loretta Lynch.

Very proud to have worked with the team at Sparkworks Media on this project.

In December 2018 I was commissioned to write some new themes for Seattle’s PBS station, KCTS 9.

They are making their way onto the air … you can view one here:
All of KCTS’ existing themes were ‘upbeat.’ The task for this theme was to create a theme to bookend ’emotional’ or ‘delicate’ subject matter.

The entire package of music included five versions of the KCTS9 theme which will start airing throughout 2019.

Music from How I Learned To Drive 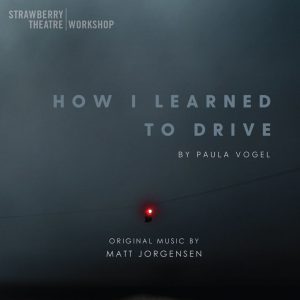 Earlier this month Strawberry Theatre Workshop’s production of How I Learned To Drive wrapped.

My role on this show was more sound design and editing source music … but I did get an opportunity to write a few cues.

One of the few comedic reliefs was the juxtaposition of subject matter with the theme of a 1950s-1960s PSA Instructional Video and the Drivers Manual. So I created a theme called “Safety First: You and Driver Education” which was used at a couple spots during the play.

Take a listen on Spotify

A Spotify playlist of some of my original compositions: 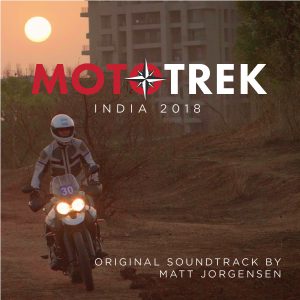 The MOTOTREK series set off for a series of episodes in India this year. I wrote some new music specifically for the specials. A number of people have requested a copy of the music so it is now available on Bandcamp.

Listen to the full album on Bandcamp!

you can also buy the album for as little as $2!

Some Holiday Music for MotoTrek

For the past year I’ve been writing music for the MotoTrek YouTube Series. It is mostly a drum score but for the year-end episode I got a last-minute call to write something “Holiday sounding” … oh, and can you get it to us in the next hour or so.

And the MotoTrek series has started to catch on in December. This was the episode that brought in a lot of views. 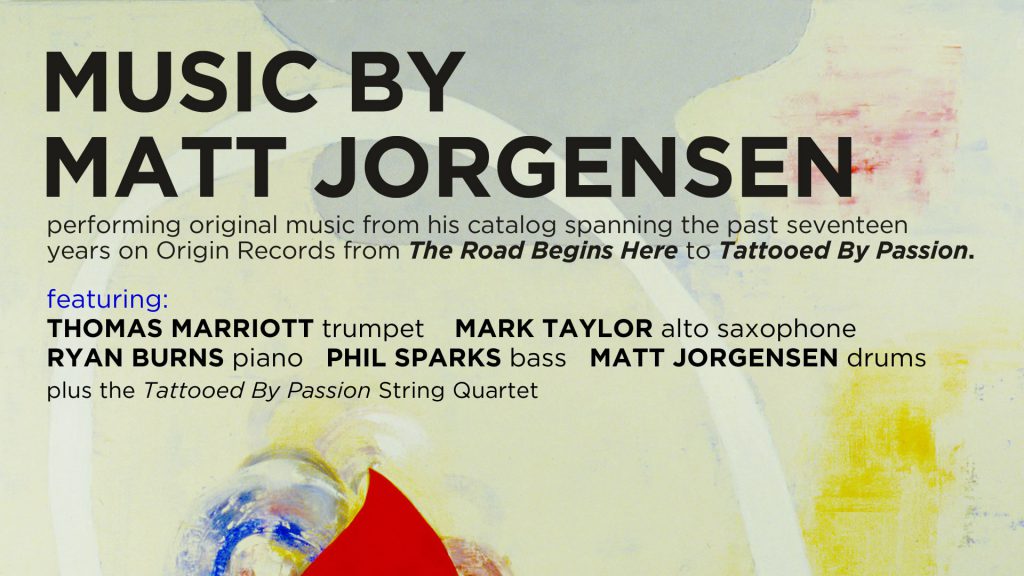 Hey All … the weekend of October 13-14 I’m presenting a weekend of my original music from the past 17 years of recordings on Origin Records.

Included in the first set will be music from Tattooed by Passion which I haven’t performed live with the full 9-piece band (jazz quintet + string quartet) in six years.

I’m excited for the weekend of music and would love for all of you to join me. And did I mention that the first night is my 45th birthday … 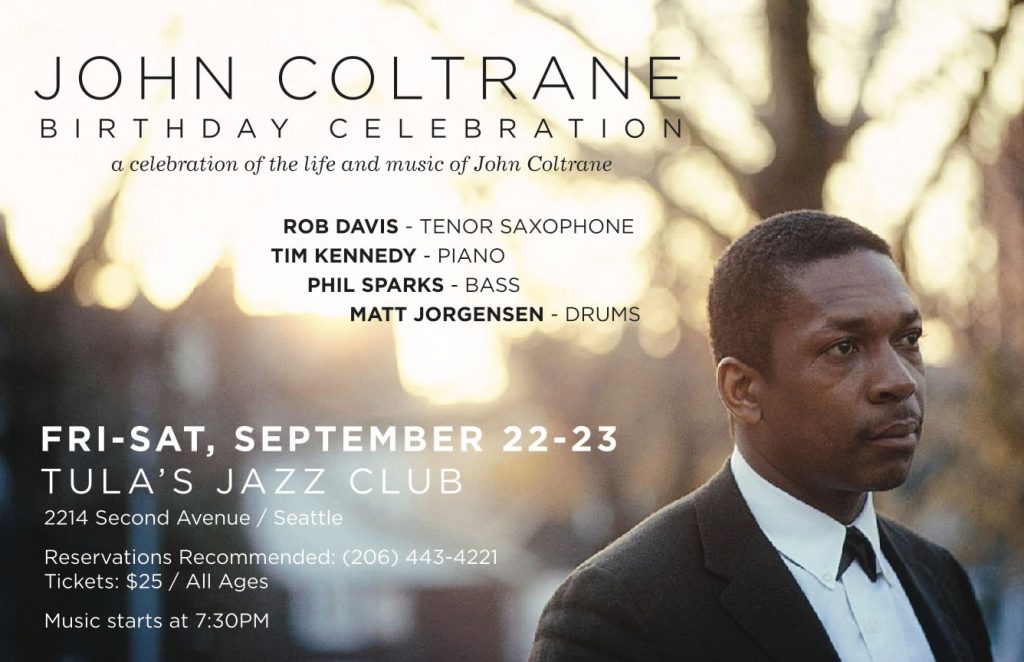 I am honored to be hosting the John Coltrane Birthday Celebration at Tula’s Jazz Club on September 22-23.

Joining me this year will be Portland saxophonist Rob Davis who has been a musical collaborator of mine since my college days. Rob is also on my first Matt Jorgensen +451 CD entitled, The Road Begins Here.

Rounding out the group will be Tim Kennedy on piano, Phil Sparks on bass, and myself on drums.

Reservations are recommended as this is an popular annual event!

I’ve been doing music for the YouTube series Moto360 which are motorcycle lifestyle episodes. The idea behind the music was an all-drum score and occasionally I’ve added a few more episodes.

Here is the latest episode:

Photos from Chico Freeman at The Ballard Jazz Festival: 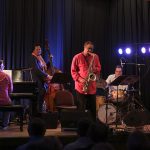 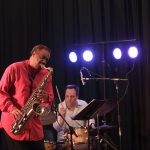 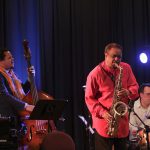 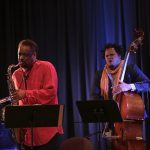 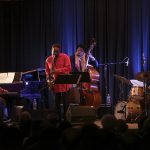 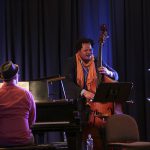 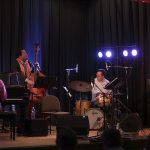 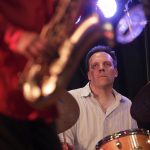 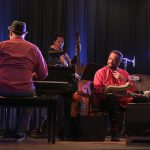 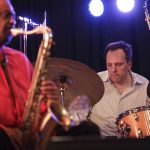 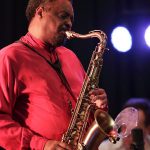 I wrote some original music for a production of the play Proof at 12th Avenue Arts in Seattle.

Here is some of the music from the show.

Corey Christiansen’s new recording, Factory Girl, is out on CD … but the vinyl edition is coming out in February!

Hermann’s Jazz Club in Victoria BC! 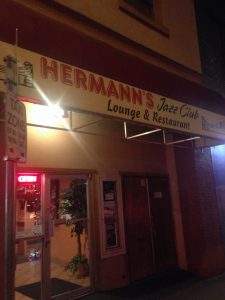 Had a great time performing up in Victoria, BC, with saxophonist Phil Dwyer and bassist Sean Drabbit. Sean and I played together (maybe?) 18 years ago in Brooklyn, NY, and it was great to reconnect. This was the first time I got to play with Phil Dwyer.

Hermann’s is Canada’s longest continually-run jazz club … a real treat to play there. I remember listening to Jim Wilke’s Jazz Northwest program when I first started playing jazz and he would run through all the gigs in the Pacific Northwest including Victoria and who was playing at Hermann’s. Glad I got a chance to play there, especially in these uncertain times where rising real estate prices are pushing jazz clubs out of the city centers.

Plus the ride up and back from Victoria was exciting! (see below) 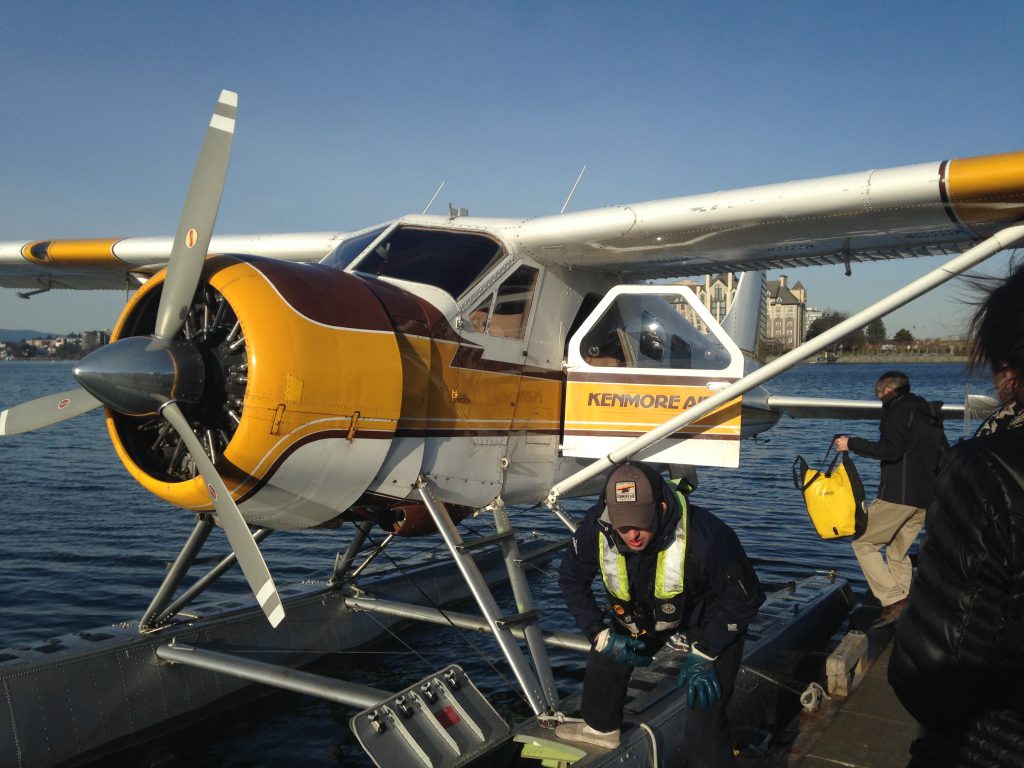